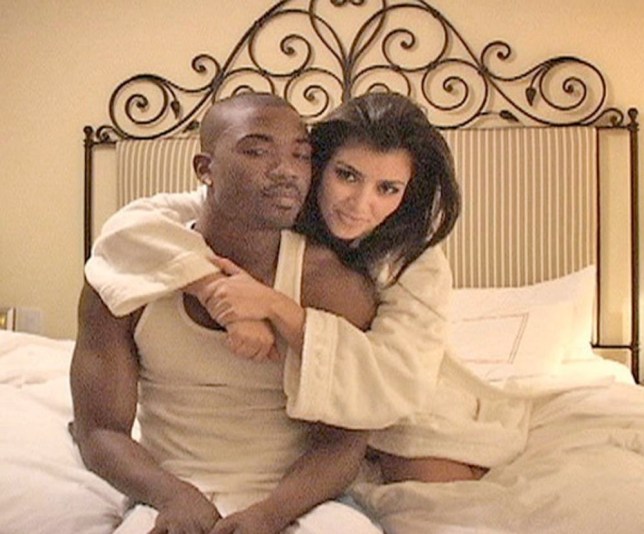 Ray J and Kim Kardashian caught world attention with their 2009 sex tape, but Kim has certainly benefited better than her co-star
PLAY
(ads1)

Where did it all go wrong for Ray J?

Kim Kardashian’s sex tape co-star has been hit with ten criminal charges, including allegedly sexually assaulting a woman in a hotel bar and spitting at a police officer.

The 33-year-old singer is also said to have kicked out the window of a police car because he was ‘claustrophobic’ after his arrest on a boozy night out at the swanky Beverly Wilshire hotel in LA.

His problems began when he brushed up against a woman’s bottom, which officers initially ruled was ‘incidental’ contact, before being ordered to leave the venue in May.

Ray J, who is the brother of actress and singer Brandy, 35, allegedly became aggressive and hotel security made a citizen’s arrest.

When police arrived to take him into custody, he is said to have spat at an officer – leading to the assault charge.

On Monday, a Los Angeles district attorney charged Ray J with four counts of resisting arrest, three counts of assault and battery, two counts of vandalism and one count of sexual battery.

The Californian denies all ten charges.

Ray J, whose real name is William Ray Norwood Jnr, became a household name alongside Kardashian after their now infamous sex tape was exposed to the world in 2007.

Former Playboy model Kardashian said of the leak: ‘Not my most proud moment. It was humiliating.’

Ray J recently claimed he was sending a cheque for £28,000 – four months profit from the tape – as a wedding gift to Kim and Kanye West.